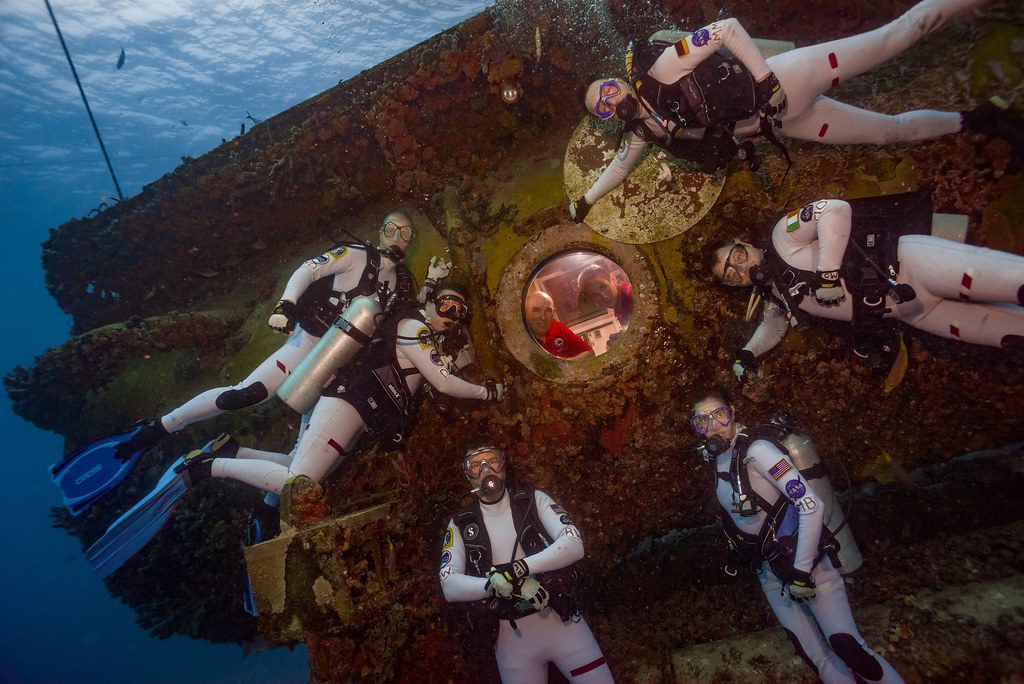 The Aquarius Reef Base is an underwater habitat located 5.4 miles (9 kilometers) off Key Largo in the Florida Keys National Marine Sanctuary. It is deployed on the ocean floor 62 feet (19 meters) below the surface and next to a deep coral reef named Conch Reef.

Aquarius is one of three undersea laboratories in the world dedicated to science and education. Two additional undersea facilities, also located in Key Largo, FL are owned and operated by Marine Resources Development Foundation. Aquarius was owned by the National Oceanic and Atmospheric Administration (NOAA) and operated by the University of North Carolina–Wilmington until 2013 when Florida International University assumed operational control.

Florida International University (FIU) took ownership of Aquarius in October 2014. As part of the FIU Marine Education and Research Initiative, the Medina Aquarius Program is dedicated to the study and preservation of marine ecosystems worldwide and is enhancing the scope and impact of FIU on research, educational outreach, technology development, and professional training. At the heart of the program is the Aquarius Reef Base. 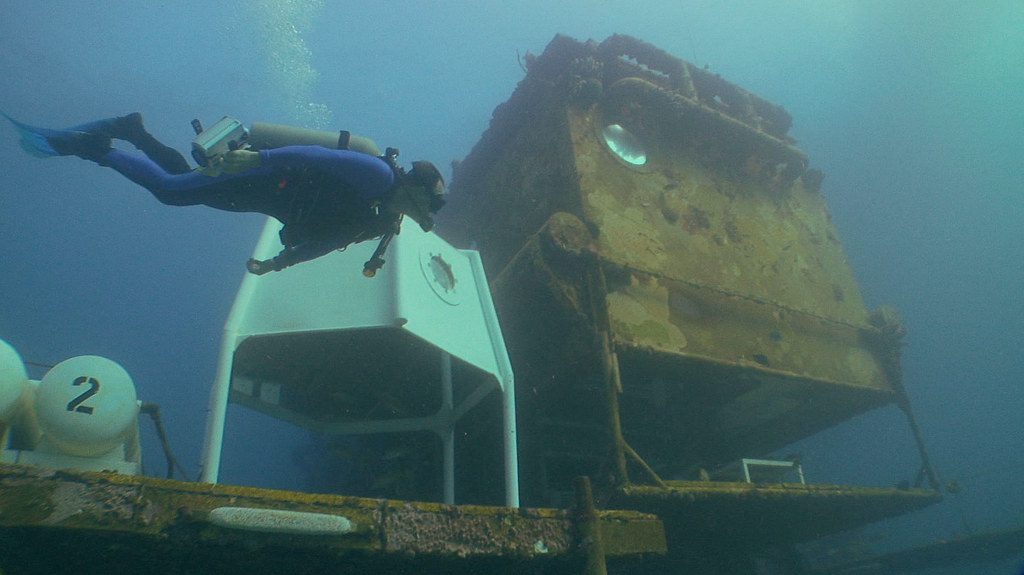 The laboratory is most often used by marine biologists for whom Aquarius acts as home base as they study the coral reef, the fish and aquatic plants that live nearby and the composition of the surrounding seawater. Aquarius houses sophisticated lab equipment and computers, enabling scientists to perform research and process samples without leaving their underwater facilities.

The habitat accommodates four scientists and two technicians for missions averaging ten days. Scientists on the Aquarius are often called “Aquanauts” (as they live underwater at depth pressure for a period equal to or greater than 24 continuous hours without returning to the surface). A technique known as saturation diving allows the aquanauts to live and work underwater for days or weeks at a time. After twenty four hours underwater at any depth, the human body becomes saturated with dissolved gas.

With saturation diving, divers can accurately predict exactly how much time they need to decompress before returning to the surface. This information limits the risk of decompression sickness. By living in the Aquarius habitat and working at the same depth on the ocean floor, Aquarius aquanauts are able to remain underwater for the duration of their mission. In addition, because Aquarius allows saturation diving, dives from the habitat can last for up to nine hours at a time; by comparison, surface dives usually last between one and two hours. These long dive times allow for observation that would not otherwise be possible. Way stations on the reef outside Aquarius allow aquanauts to refill their scuba tanks during dives.

Aquarius consists of three compartments. Access to the water is made via the ‘wet porch’, a chamber equipped with a moon pool, which keeps the air pressure inside the wet porch the same as the water pressure at that depth (‘ambient pressure’), about 2.6 atmospheres, through hydrostatic equilibrium. The main compartment is strong enough, like a submarine, to maintain normal atmospheric pressure; it can also be pressurized to ambient pressure, and is usually held at a pressure in between. The smallest compartment, the Entry Lock, is between the other two and functions as an airlock in which personnel wait while pressure is adjusted to match either the wet porch or the main compartment.

This design enables personnel to return to the surface without the need for a decompression chamber when they get there. Personnel stays inside the main compartment for 17 hours before ascending as the pressure is slowly reduced, so that they do not suffer decompression sickness after the ascent.

According to en.Wikipedia; economictimes.indiatimes.com. Source of photo: internet