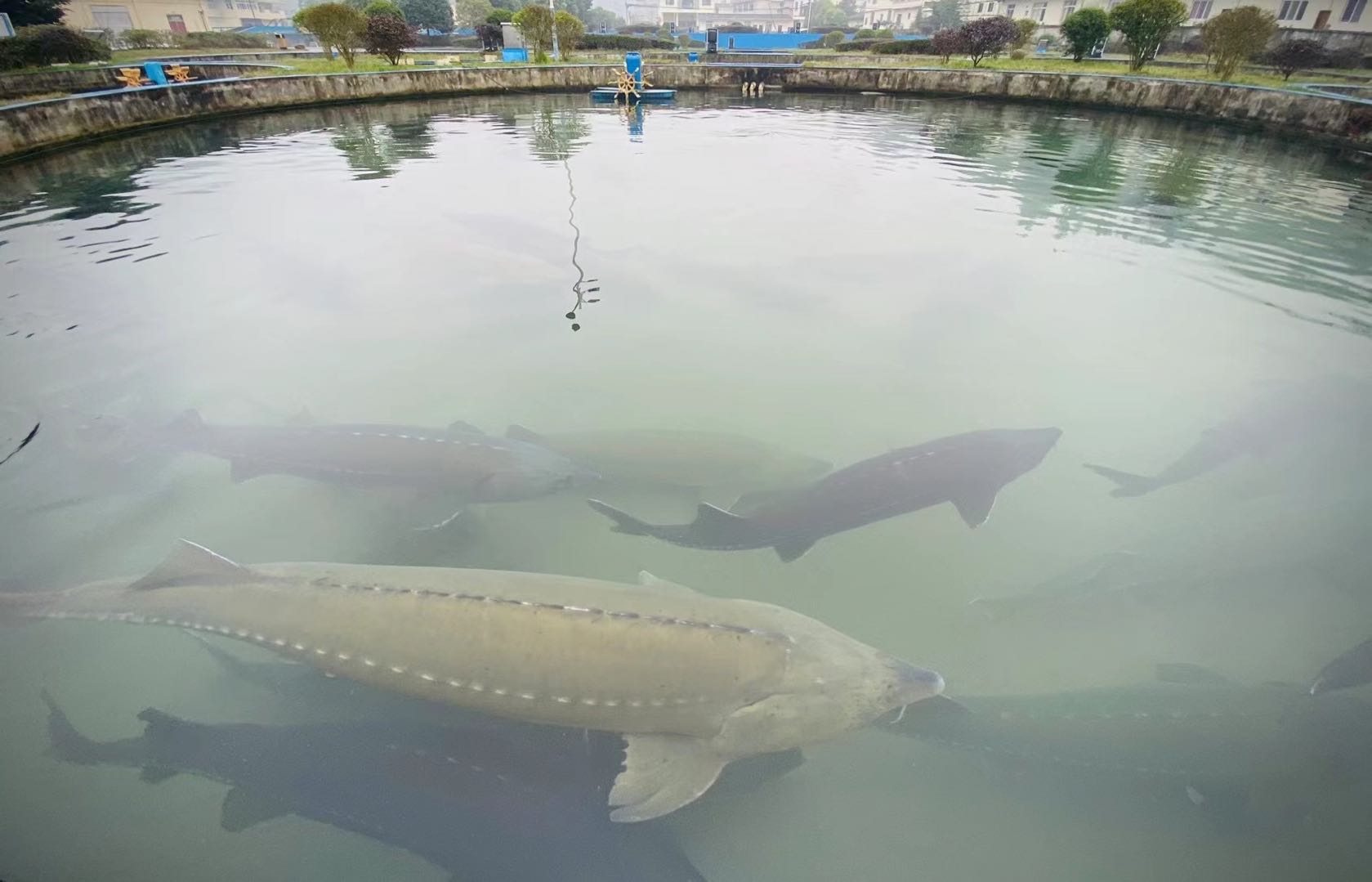 Sturgeon AquaFarms cofounder Mark Zaslavsky, a Russian immigrant, brought live beluga into the country in 2003, just before the US government banned imports of the species in 2005. The farm breeds five different types of sturgeon, some of which don’t take as long to mature as beluga, which allows the company to harvest their eggs for caviar and take them to market.

Beluga sturgeon are native to the Caspian Sea, but these beluga live over 6,000 miles away, on the Florida Panhandle. This is Sturgeon AquaFarms in Bascom, Florida. It sits on 120 acres and features more than 100 tanks that hold five different species of sturgeon, including sterlet and sevruga. It’s one of the biggest sources of beluga in the world and the only one in the United States. The eggs used for reproduction are removed from the living fish with a process called stripping. After the beluga are born, it takes five years to determine their gender and around 10 years for the fish to produce eggs that are ready to be harvested for caviar.

The tanks are continuously filled with fresh water from an aquifer along with a steady flow of oxygen. The fish are fed up to three times a day. Feeding the fish costs up to $40,000 a month. After patiently waiting for more than a decade.

In the meantime, the farm harvests eggs from its other sturgeon species, like sterlet and sevruga, which take less time than beluga to mature. The sturgeon is removed from the tank and placed on ice. The fish is then cut open and its egg sac is removed. The eggs get separated from the sac by rubbing it over a metal grate, and the eggs are collected below in a bowl. Salt is then added and mixed in with the eggs, and voilà: caviar.

The caviar produced at Sturgeon AquaFarms is sold at Zaslavsky’s Manhattan-based restaurant and store, Marky’s Caviar, where this 2-ounce jar of sevruga goes for $175 and where chef Buddha Lo, an alumnus of Eleven Madison Park, creates a $200 tasting menu that incorporates the caviar into each unique course.

But there’s more to this farm than just making caviar. According to Zaslavsky, he aims to use his beluga stock to help repopulate the species in their native habitat. The company has already donated more than 160,000 fertilized eggs to the repopulation effort.

According to businessinsider.com. Source of photo: internet