Family-owned and operated since 1957, Adee Honey Farms produces real, premium honey headquartered in Bruce, South Dakota. With four generations of beekeeping experience, we’ve grown from a small family farm to the largest beekeeping operation in the nation. But one thing hasn’t changed. It starts with the bees and ends with the honey. And, in between, we go out of our way to do things the right way. 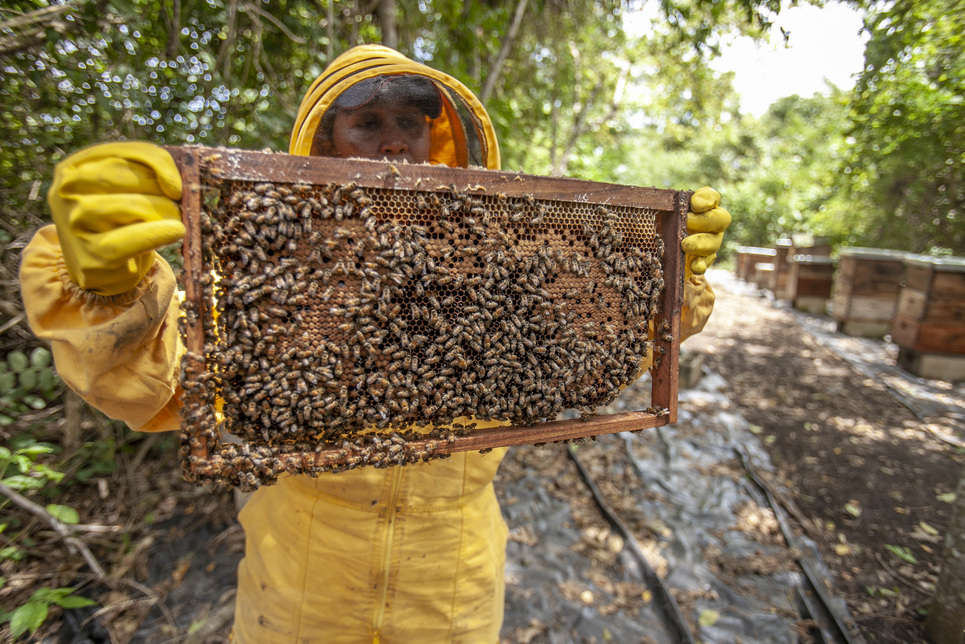 Teachers by trade, Vernon and his four brothers started beekeeping in Maxwell, Nebraska to supplement their salaries during the depression. In 1948, Vernon moved his family to Haddam, Kansas where he began beekeeping as a full-time occupation. He worked with about 4,000 hives and helped so many people get their start that he became known as the “father of beekeeping in Kansas.”

In 1990, the company decided that a new venture was needed to supplement the farm’s honey production. So, it began sending its bees to California for the annual almond pollination season. 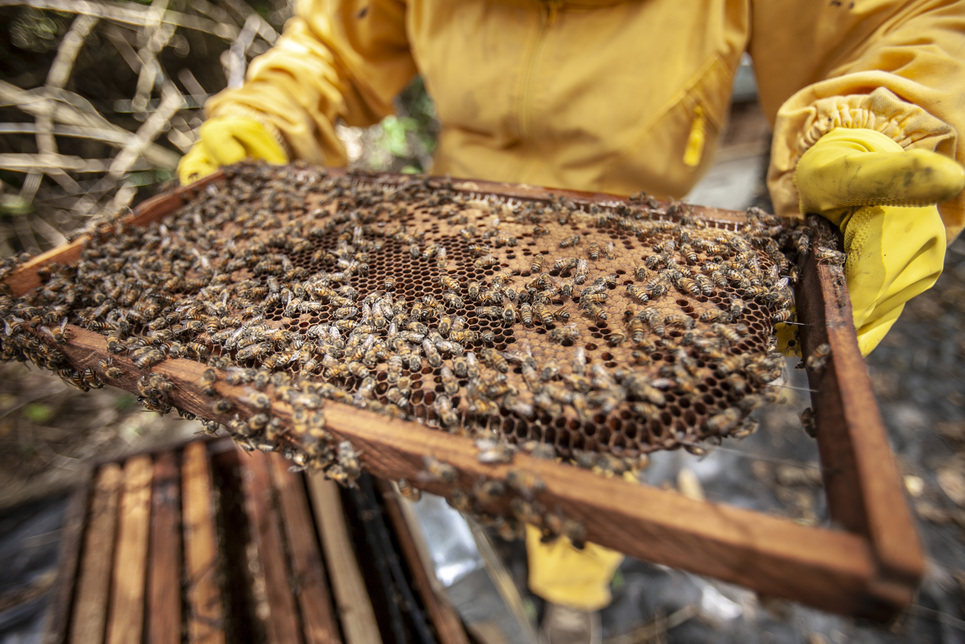 When summer honey production is done, Adee Honey Farms sends almost 160 semi-truck loads of their honeybees across the nation. The bees stay in California until the almonds bloom for pollination before coming back home for the honey season.

From those 1,500 original hives, Adee Honey Farms has grown to become a national leader in beekeeping, honey production and industry advocacy through partnerships with the American Honey Producers’ Association, Pollinators Stewardship Council and various state beekeeping organizations. Their operation has grown to around 80,000 hives as the family continues to pursue excellence in stewarding nature’s hardest worker—the honeybee.

According to adeehoneyfarms.com. Source of photos: internet