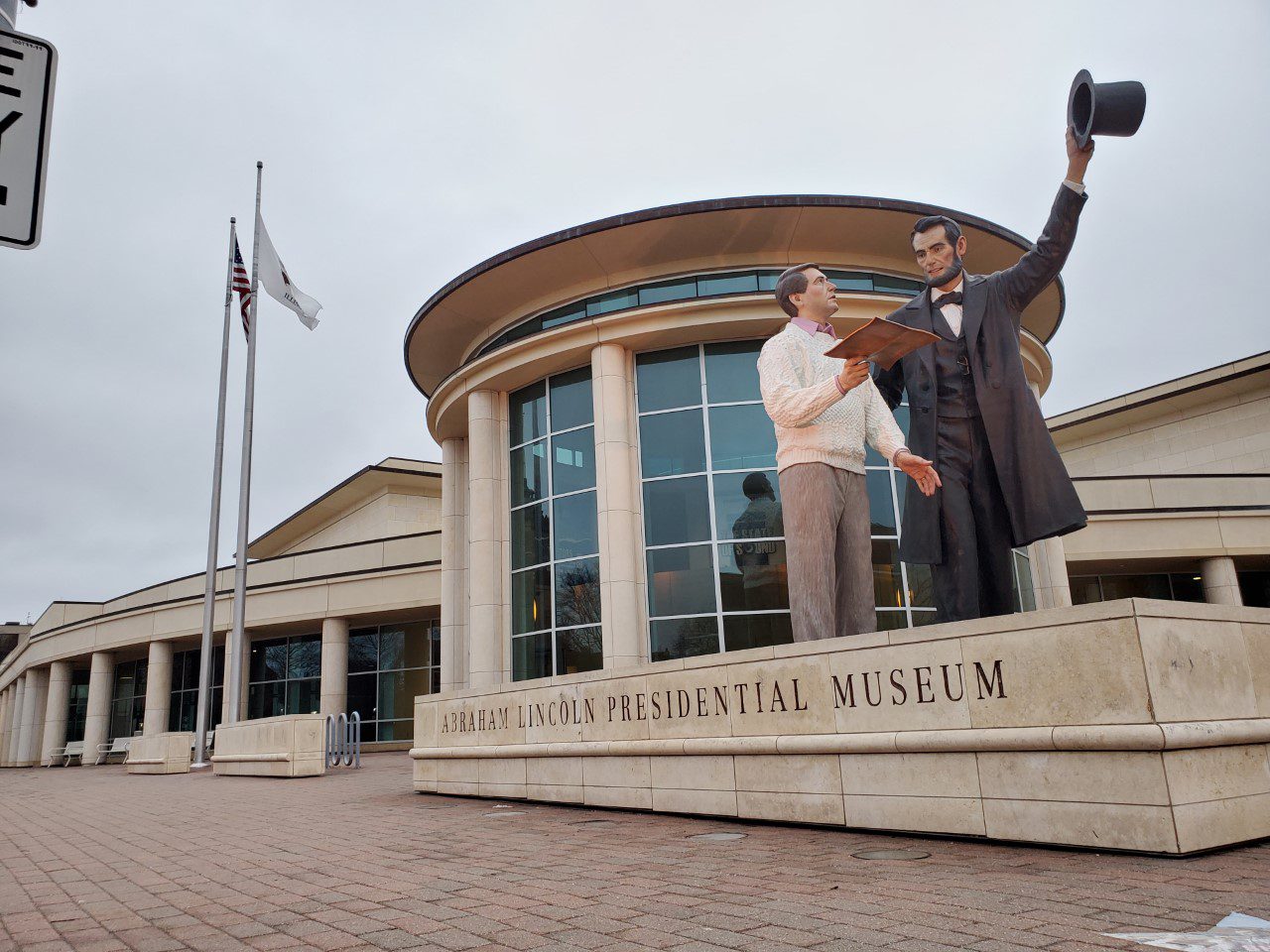 The Abraham Lincoln Presidential Library and Museum documents the life of the 16th U.S. president, Abraham Lincoln, and the course of the American Civil War. Combining traditional scholarship with 21st-century showmanship techniques, the museum ranks as one of the most visited presidential libraries. Its library, in addition to housing an extensive collection on Lincoln, also houses the collection of the Illinois State Historical Library, founded by the state in 1889. The library and museum are located in the state capital of Springfield, Illinois, and are overseen as an agency of state government. It is not affiliated with the U.S. National Archives and its system of libraries.

The Lincoln Presidential Library is a research library that houses books, papers and artifacts related to Lincoln’s life and the American Civil War. In addition to the works associated with Lincoln and his era, the library houses the collection of the Illinois State Historical Library (founded by the state in 1889) and serves as a premier repository of books, pamphlets, manuscripts, and other materials of historical interest pertaining to the history of the state of Illinois. While the library is open to the public, its rare collection is non-circulating. A reading room, named the “Steve Neal Reading Room” in honor of Illinois historical journalist Steve Neal, is open to the public.

The museum contains life-size dioramas of Lincoln’s boyhood home, areas of the White House, the presidential box at Ford’s Theatre, and the settings of key events in Lincoln’s life, as well as pictures, artifacts and other memorabilia. Original artifacts are changed from time to time, but the collection usually includes items like the original hand written Gettysburg Address, a signed Emancipation Proclamation, his glasses and shaving mirror, Mary Todd Lincoln’s music box, items from her White House china, her wedding dress, and more. 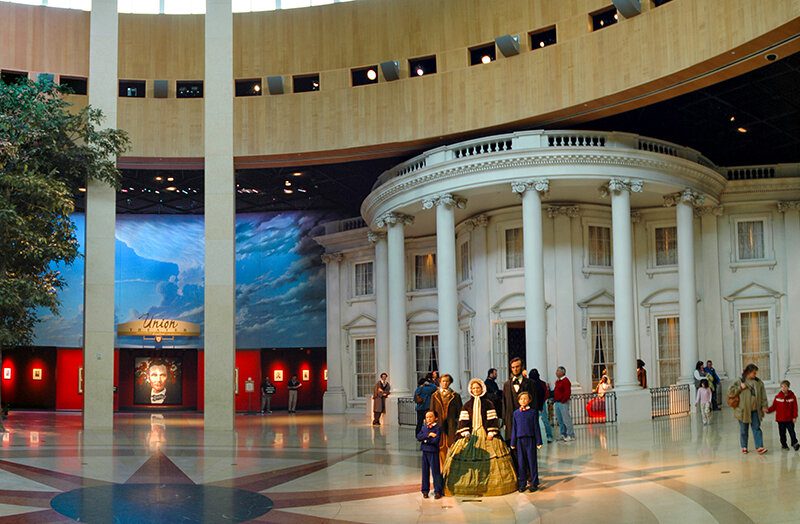 President Abraham Lincoln’s collection includes, among other artifacts, an original copy of the Emancipation Proclamation, the 13th amendment outlawing slavery, the Gettysburg Address, and Lincoln’s presidential briefcase, all of which had been stored in a vault for more than 100 years. These, as well as other items, will be on rotating display at the museum.

According to en.wikipedia; lincolnlibraryandmuseum.com. Source of photos: internet